HUSQVARNA FACTORY RACING STAR MAKES IT A CLEAN SWEEP OF WINS ON HIS RETURN FROM INJURY AT OPENING ROUND IN KRAKOW!

Husqvarna Factory Racing’s Billy Bolt got his FIM SuperEnduro World Championship title defence off to a perfect start with victory at round one in Poland. In what was his first return to racing following a five-month injury, Bolt won all three Prestige races in Krakow, along with topping the SuperPole hot lap, to make it a clean sweep at the season opener. Dominating the SuperPole hot lap by nearly one and a half seconds, Billy earned himself the first gate pick for the opening Prestige race of the night. Despite it marking his first competitive outing in over five months, the FE 350 mounted rider was quick to show everyone that he’d lost none of his race craft. Taking control of the lead, the Husqvarna rider checked out to secure the first race win of the night in Krakow.. 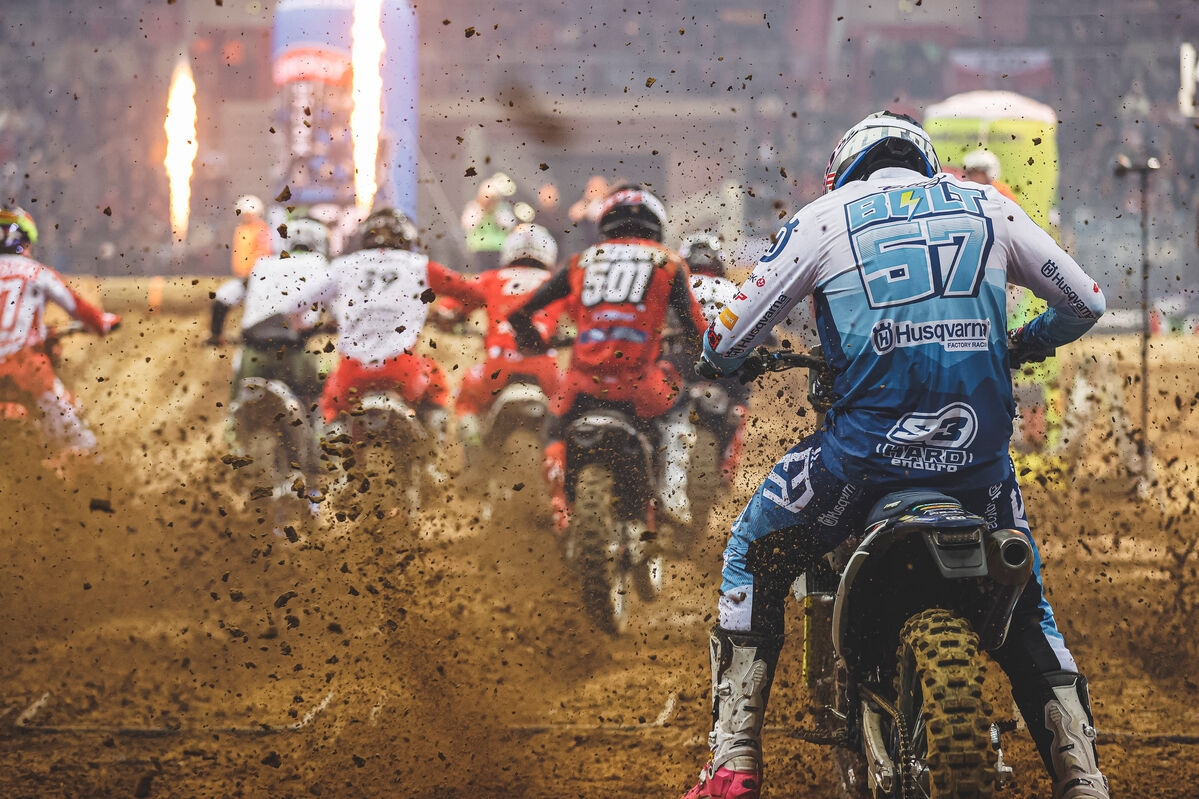 With the grid order reversed for the second Prestige race, Billy opted for a steady start from row two before carefully cutting his way through the field with rapid precision. Working safe, clean overtakes, he quickly moved to the front of the field. Once past leader Taddy Blazusiak, he upped his pace during the midway point to pull clear of his rivals for an eventual 30-second margin of victory. 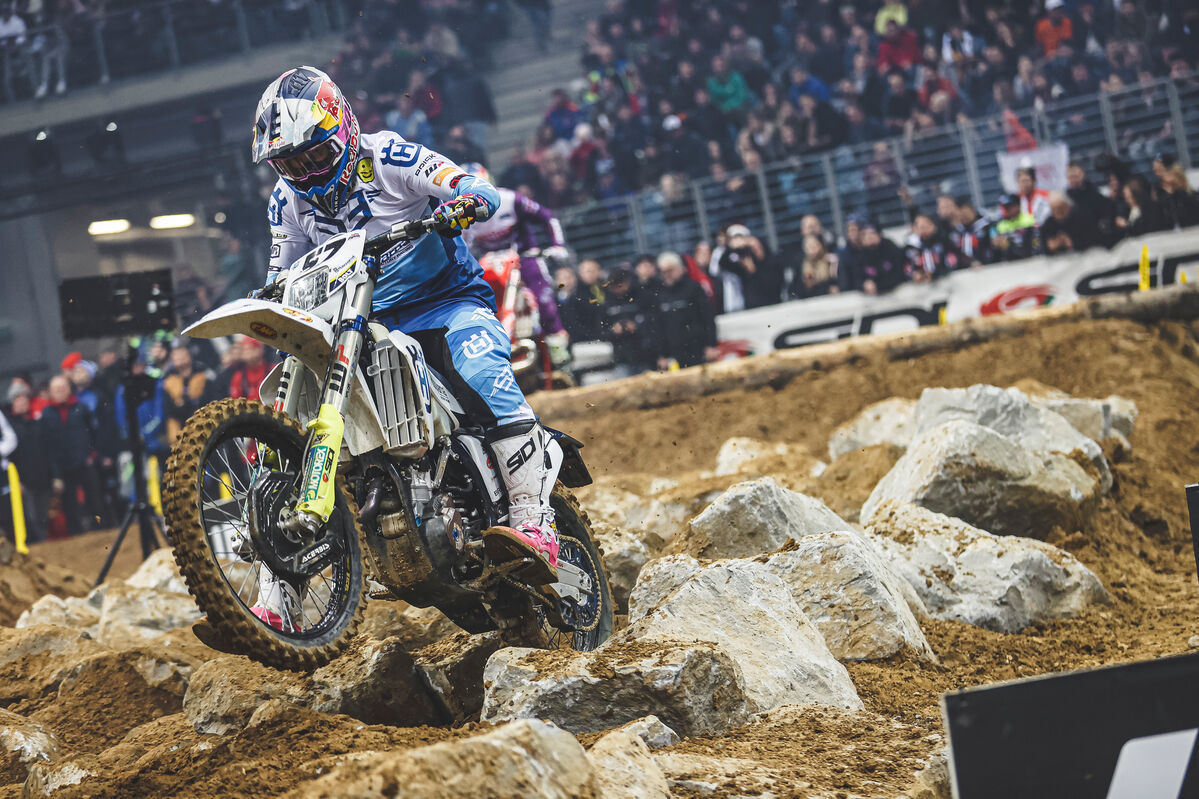 As the gate dropped on the third and final Prestige race in Krakow, Billy set his sights on making it a clean sweep of wins at round one and he didn’t disappoint. Although getting a little boxed in during the first few corners of lap one, the Brit remained calm and composed as he moved up to second. After a couple of laps battling with early leader Jonny Walker, Bolt soon put his Husqvarna out front and wasn’t headed. Billy Bolt: “I’m so pleased to be back racing, but to make my comeback with a clean sweep of wins and taking SuperPole is the dream start to the championship I had hoped for. It’s felt like a long and tough five months off the bike, but I’m chuffed to be back on the bike and racing hard again. It’s what I love to do. Although tonight went to plan, I feel like I’ve some work to do to get back to my very best. We’ve a couple of weeks until round two in Germany, so I’ll keep working hard to be even stronger there.” Claiming three wins from three starts at round one in Poland, the defending world champion has bounced back from injury in perfect style to establish himself as the rider to beat in the new SuperEnduro season. The FIM SuperEnduro World Championship continues with round two’s GP of Germany on January 7, 2023.