Beta Factory Racing’s Steve Holcombe has got his 2021 EnduroGP World Championship campaign off to a strong start with a double EnduroGP podium result in Portugal. An Enduro2 class win on day one, followed by second on day two, earned him an early lead in the E2 classification on his Beta RR Racing 4T 350. 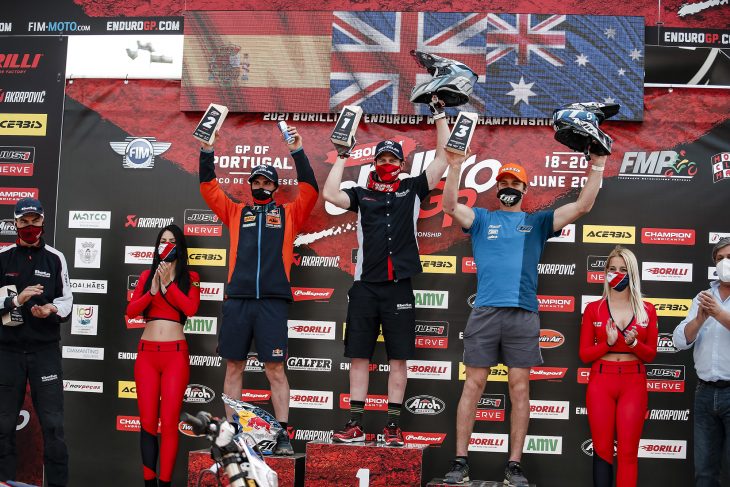 Marco de Canaveses in Portugal marked the first big test of the year for seven-time champion Steve as the 2021 FIM EnduroGP World Championship got underway. A mistake on the opening test of day one, saw Steve literally stuck in mud having overshot a corner. Needing time to free himself, it put him 42 seconds behind his rivals straight away. Hitting his stride on lap two, he began to pick up places and move himself forward, eventually ending his day as EnduroGP class runner-up, just 35 seconds behind the day’s winner. 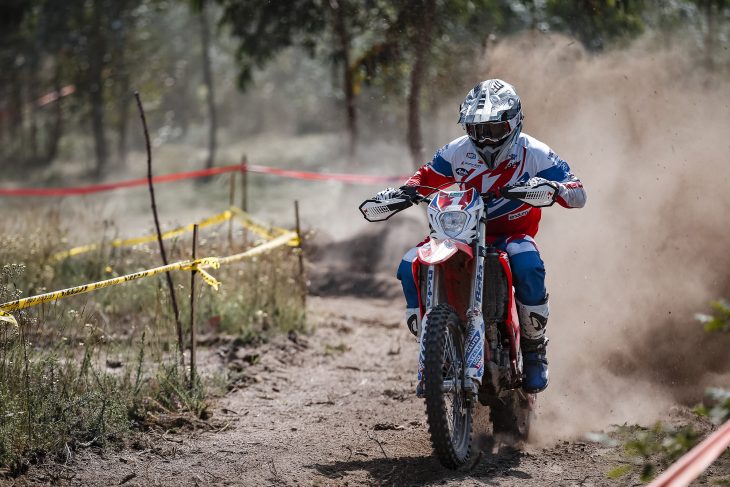 Knowing his pace was good, he began day two strongly. A four-rider battle for victory quickly emerged, with Steve trading places throughout the day. With rain helping to mix things up, a couple of mistakes on the final two tests hurt his shot at claiming victory. Despite holding a one-second lead starting the final lap, he ended his day third overall. In Enduro2, a 1-2 scorecard saw him move to the top of the championship standings after round one.

The 2021 FIM EnduroGP World Championship continues next weekend (June 26/27) with in Edolo, Italy. 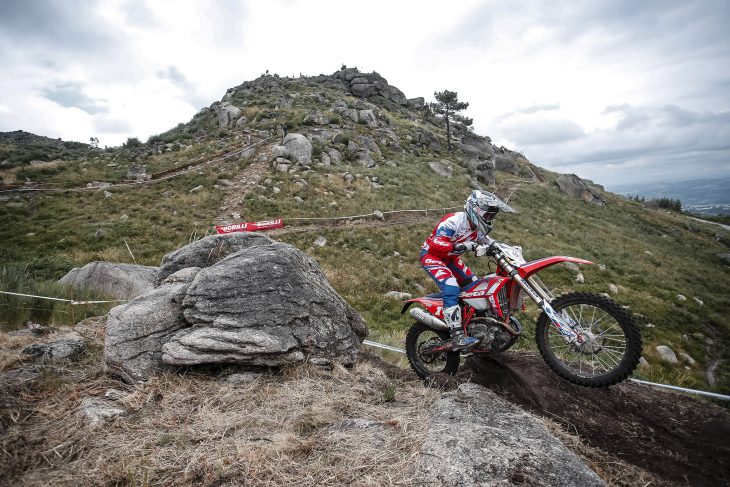 Steve Holcombe: “I definitely feel like I rode strong this weekend despite a couple of mistakes. My speed is good at this stage in the series, which is great because it’s going to be a big fight with a lot of riders able to win. Getting stuck in the mud on the very first test on Saturday wasn’t ideal, but having lost so much time, it was good to regroup and get second. The weather made day two a bit of a lottery and it was hard to stay mistake free on every test but racing hard like that against such strong company was still fun. I’m looking forward to Italy next weekend.”

Championship Standings, After round 1 EnduroGP