This is a special one! Since Sam Sunderland’s history-making 2022 Dakar Rally win, GASGAS has wanted to give back to the rally community. That’s why we’ve created a GASGAS Factory Racing inspired rally bike, something we’re calling the RX 450F Replica! Each one is carefully assembled with many of the very same high-performance components that can be found on Sam’s Dakar-winning machine. This is way more than just an imitation model, the RX 450F Replica is as close as it gets to the real deal and it’s available now, worldwide! 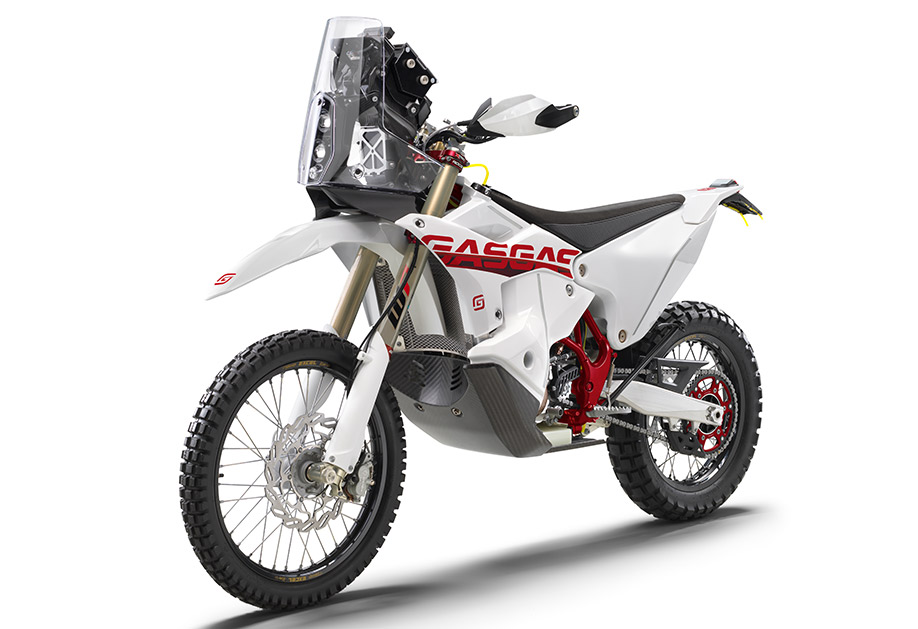 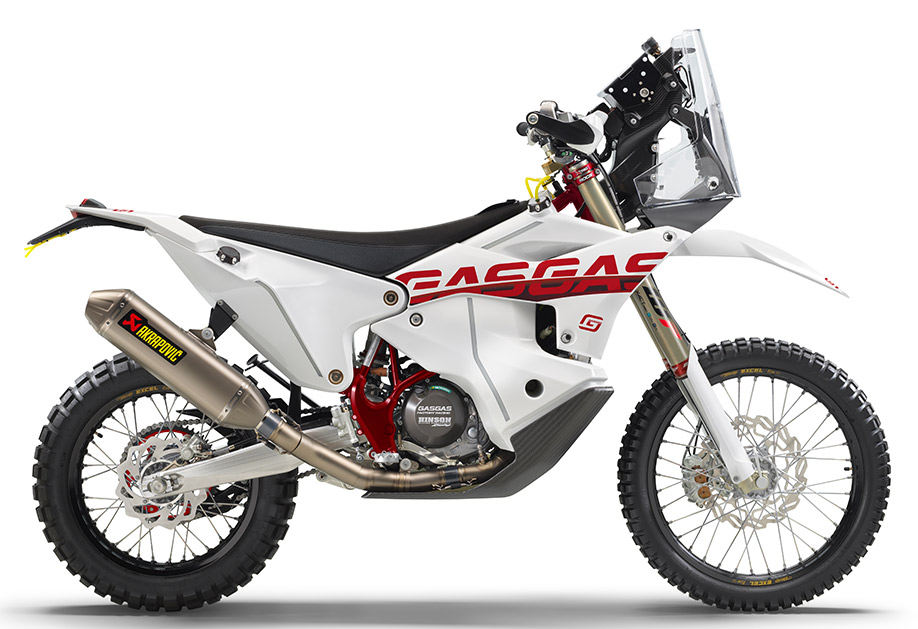 Whether you’re a full-on rally-raid privateer or part of a team, the all-new RX 450F Replica from GASGAS will make your rally career, or next desert adventure, so much easier and way more fun! Needing absolutely nothing to go racing, the replica bike is assembled by hand with a long list of essential rally-specific components, most of which the exact same as can be found on the race bikes of Sam Sunderland and Daniel Sanders. 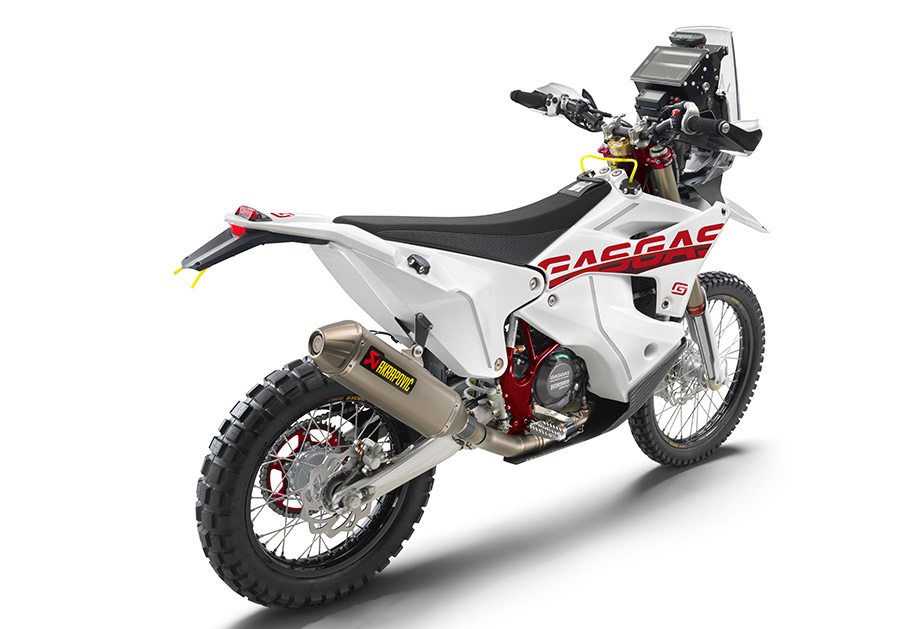 Based on the powerhouse motor from our MC 450F motocross bike, the GASGAS RX 450F Replica certainly isn’t short on performance! Electrical wizardry tames things just a little to deliver usable power tailored specifically for rally racing. Inside the motor it’s pretty special too. For added reliability there’s a strengthened clutch and gearbox, a reworked SOHC cylinder head, as well as a Pankl con-rod and piston. 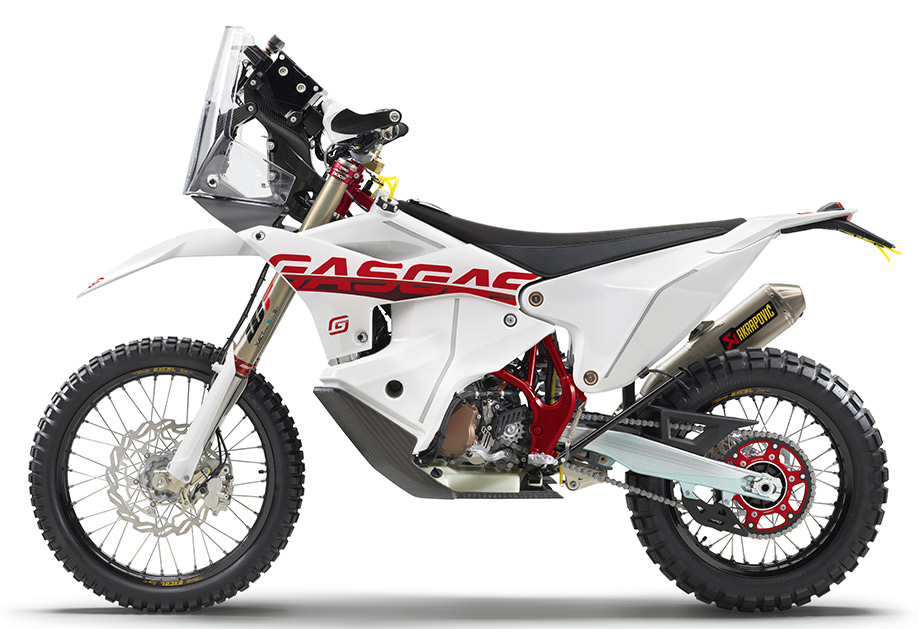 The best suspension that money can buy has been fitted to the new GASGAS RX 450F Replica – WP PRO COMPONENTS. To be completely accurate and for those who know what’s what, it’s the XPLOR PRO 7548 fork up front with the XPLOR PRO 7750 shock at the rear. This combo inspires confidence thanks to its consistent performance across the roughest and toughest of rally terrain. 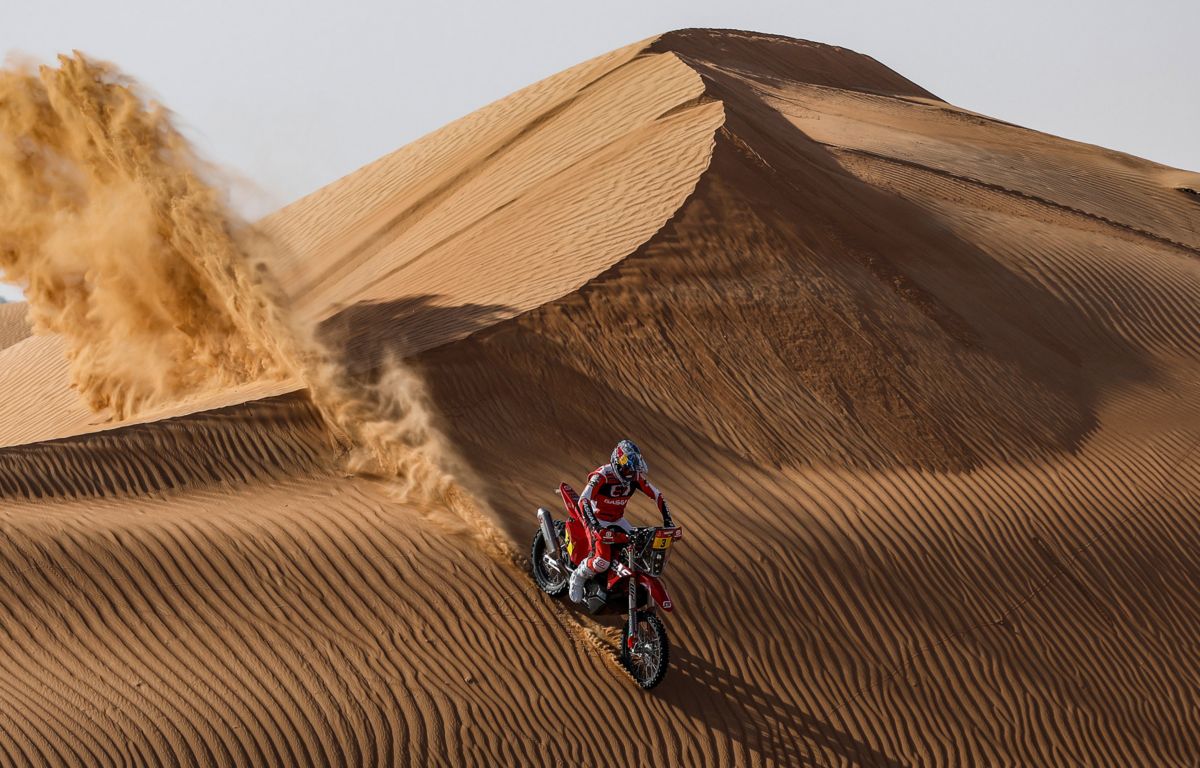 Completing the build and making sure that the GASGAS RX 450F is capable of racing at the highest level from new, a selection of the finest aftermarket components are installed during the assembly process. Performance-wise, we’re talking X-TRIG triple clamps, oversize Brembo brakes, an Akrapovic exhaust, and Continental TKC 80 tires. For durability, we’ve fitted a Supersprox Stealth sprocket, Neken ‘bars, and a GASGAS branded Hinson Clutch cover. We’ve also thrown in an optional sticker kit with each bike that’s super easy to apply if needed.

The GASGAS RX 450F is available through dealerships worldwide in very limited numbers! Availability may differ from country to country. For full pricing details and more information, please contact your national GASGAS dealer or importer.