Talking a little bit about Romania, Ditrocks Hard Enduro wasn’t as planned for Alfredo and Suff. Suff got a good ride but missing some parts of the track, got him 3h of penalty time! For Alfredo, a bad stomach made him have a hard time and he had to call the first day of racing, and got him out of the race, even if Sunday he was 2nd at the Finish line, starting dead last! 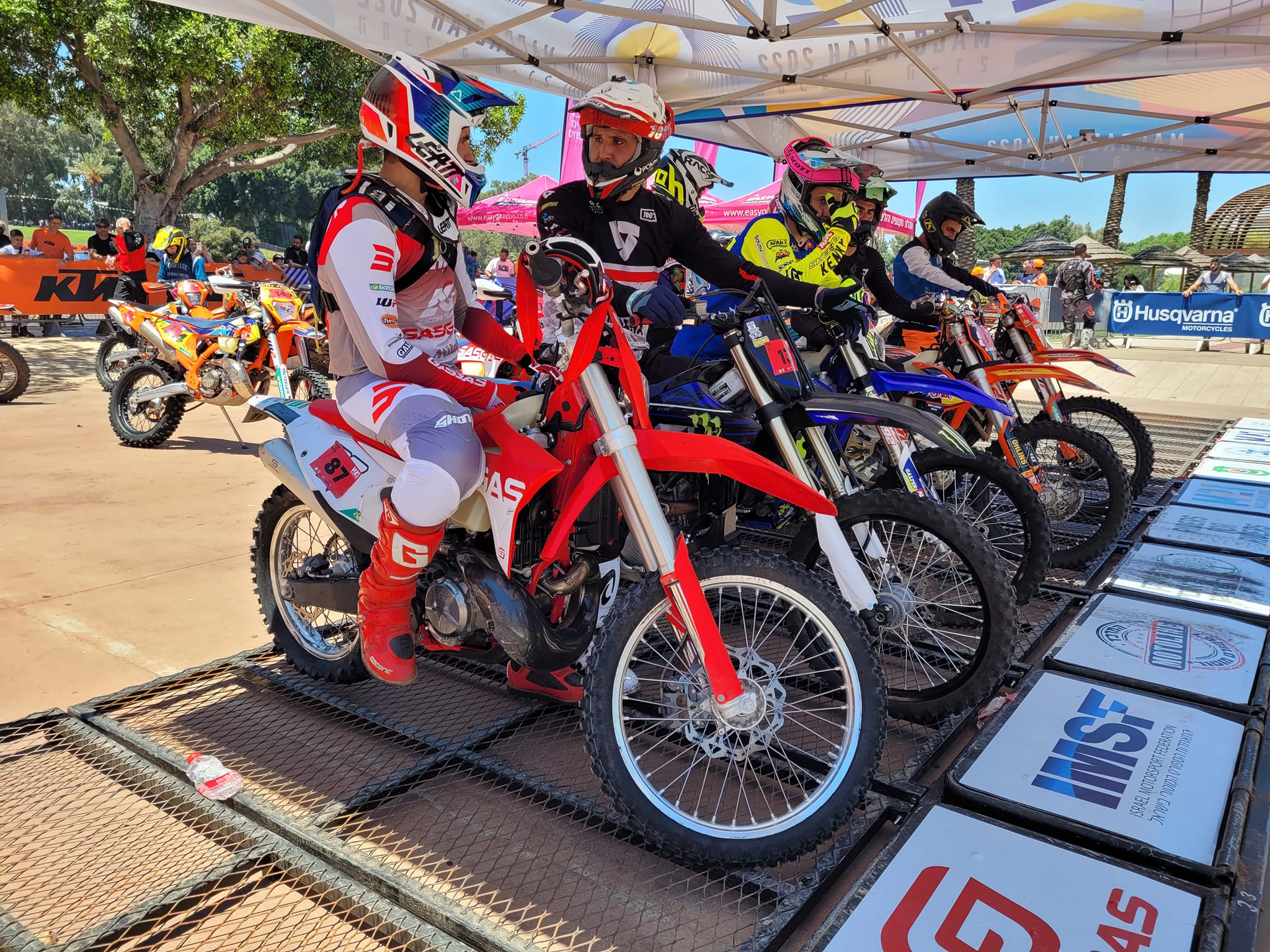 Anyway, the team moved to Israel where in the middle of Tel Aviv, was organized as part of the Maccabiah Games, for the first time in history, among other 21 sports, a SuperEnduro race! Alfredo Gomez had a strong start in the Main Event, took the lead and never looked back till the Finish line! „I took it easy in the training sessions, but in the main event I had a good start and took the lead of the race. I’m very happy with my riding and looking forward to the next stop of the FIM Hard Enduro World Championship, Red Bull Romaniacs!” says Gomez. Mario Roman followed Alfredo close the whole race but in the end he settled in 2nd. Suff Sella made it on the podium, and what’s better than a podium in front of the over 10.000 home spectators!

Riders for Riders made a super great event, and what’s more important, kids where involved in the race, 65 and 85 Class! We can learn a lot from Israel, to teach the kids to ride SuperEnduro/Hard Enduro events!