Triumphantly returning to the site of last year’s first venue cancellation, the Monster Energy AMA Supercross, an FIM World Championship delivered a night of big thrills to the restricted-capacity in-person fans inside Lucas Oil Stadium in Indianapolis. Team Honda HRC’s Ken Roczen grabbed the 450SX Class victory at Round 4, his first win of 2021, with Monster Energy Kawasaki’s Eli Tomac right behind and round 3 winner Red Bull KTM’s Cooper Webb fighting his way to third. In the Eastern Regional 250SX Class, Monster Energy Star Racing Yamaha’s Colt Nichols became the first repeat winner of the season in either class, backing up his Round 3 win with a dominating wire-to-wire victory.

Round two winner Eli Tomac grabbed the holeshot and looked to have the speed to run away with the win but when he washed out in a corner and hit the ground his Monster Energy Kawasaki teammate, Adam Cianciarulo, took over the lead spot. The three top runners – Cianciarulo, Roczen, and Tomac – ran an exciting race, with the three riders competing within a second of each other. After multiple attacks, and often getting his front wheel past Cianciarulo’s rear wheel, Roczen made a clean pass into the lead right before the race clock ticked down to ten minutes in the 20-minute plus one lap event. 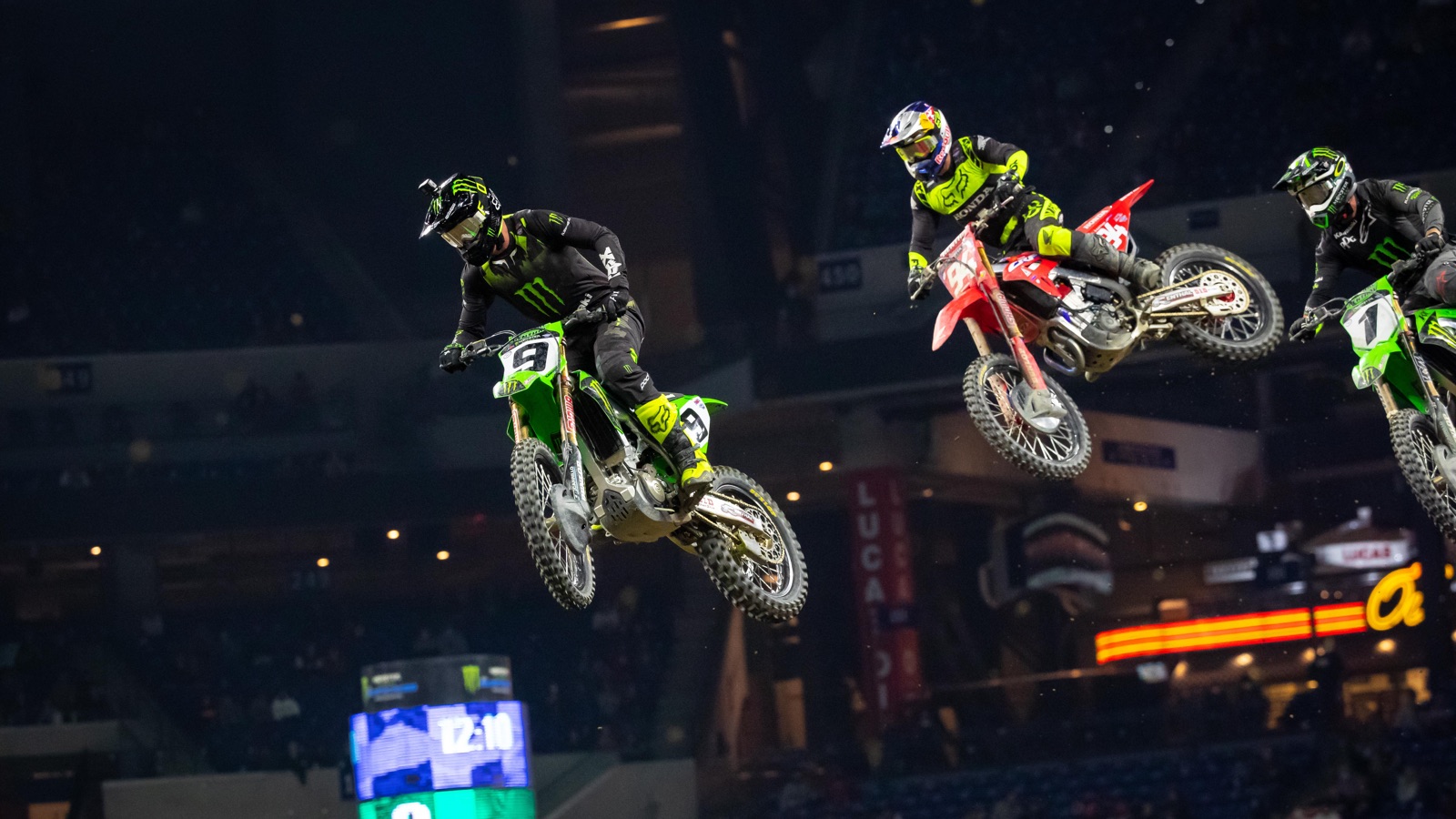 Tomac got around Cianciarulo in the following corner and resumed chase of the Honda rider, but Roczen inched out a gap that reached three seconds before a mistake sent Roczen off the track. He re-entered just behind Tomac and in short order got back into the lead. The riders hit the finish line marker with a single second on the clock, extending the race by an additional lap. Tomac remained right on Roczen but never got close enough to make a pass. 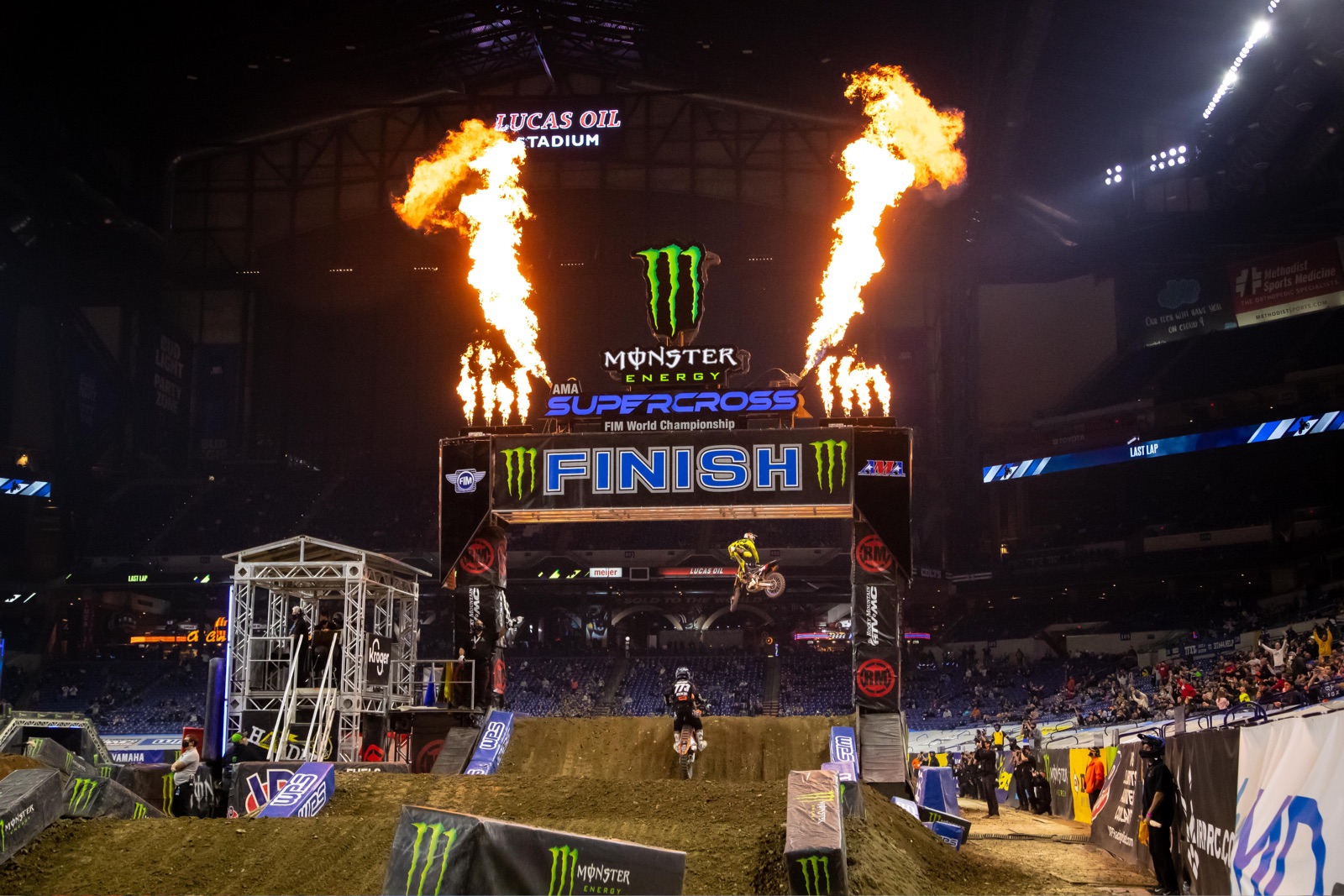 Behind them, Cooper Webb moved through the field after a mid-pack start, nabbing the final podium spot from Cianciarulo in the whoops with under two minutes left on the race clock. Maybe the most impressive charge of the night, Rockstar Energy Husqvarna Factory Racing’s Zach Osborne, moved up to finish in fifth after getting stuck in the starting gate and starting the race in last place.

Colt Nichols backed up his Round 3 win in the Eastern Regional 250SX Class by grabbing the holeshot and riding nearly flawlessly to a commanding win. Nichols’ Monster Energy Star Racing Yamaha teammate Christian Craig spent most of the race in second without pressure while Team Honda HRC’s Jett Lawrence recovered from early race trouble; after hitting a false neutral on the start and then stopping to avoid contact with another rider on a wall obstacle that had him backing the bike and remounting, Lawrence looked like he’d have a salvage ride night. But the sophomore Aussie started slicing through the pack. He caught Craig on the final lap, and two corners from the end the riders came together and both went off the track. Jett recovered sooner, but both lost two places just a few dozen yards from the checkers.

The return to Indianapolis marks the series’ impressive response to the pandemic shutdowns; last year’s Indy round was the first postponed and re-scheduled to Utah. With the safety efforts taken by Feld Entertainment the Indy race fans, seated in pod-style arrangements, will enjoy three rounds this year, including the second-ever SuperTuesday round on February 2nd, and the final Indy event on Saturday, February 6th. Tickets are available at these rounds as well as the following six rounds of the series, with tickets for the final five races are going on sale soon. For the full event schedule, airtimes on Peacock and NBCSN, and ticket information please visit SupercrossLIVE.com. 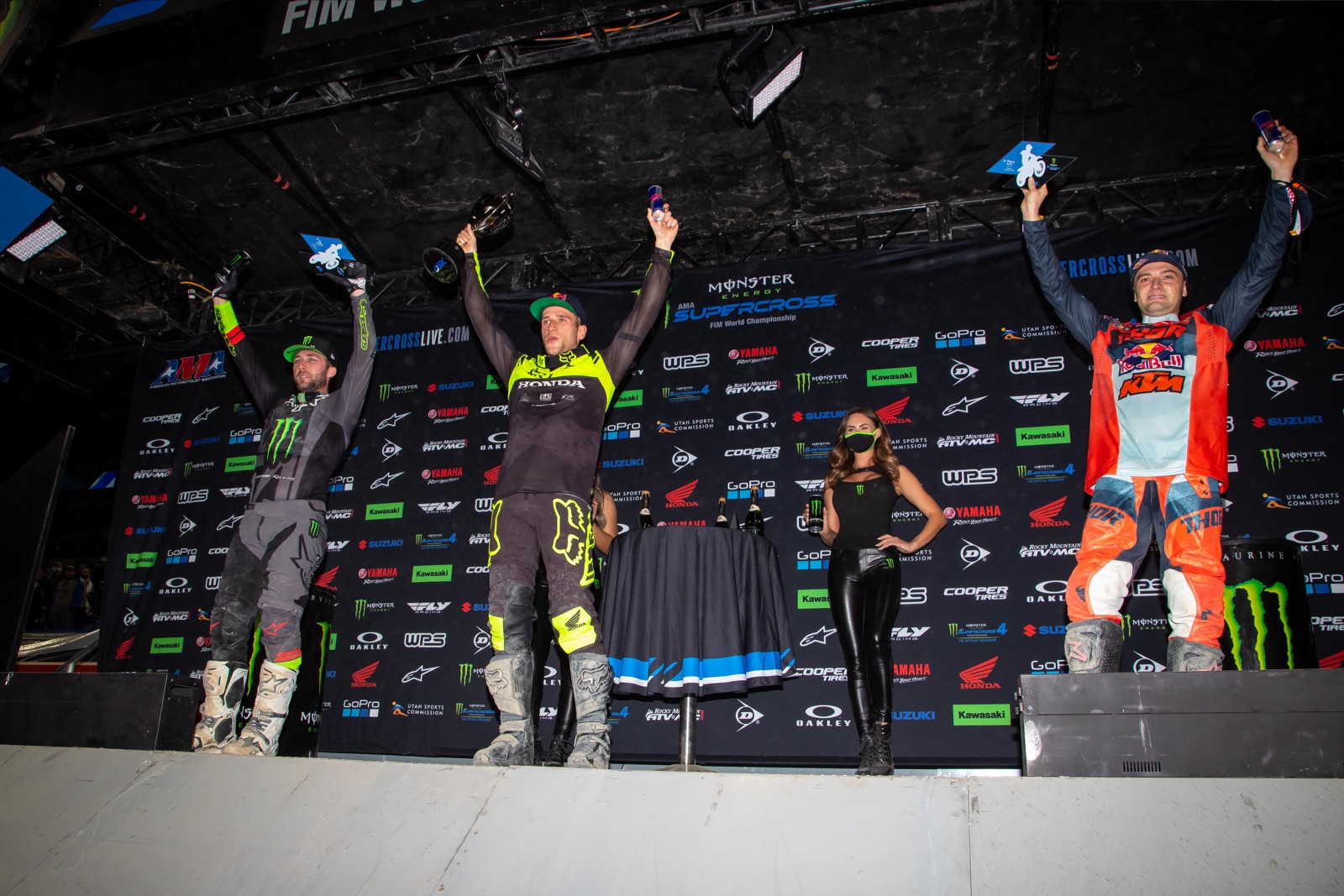 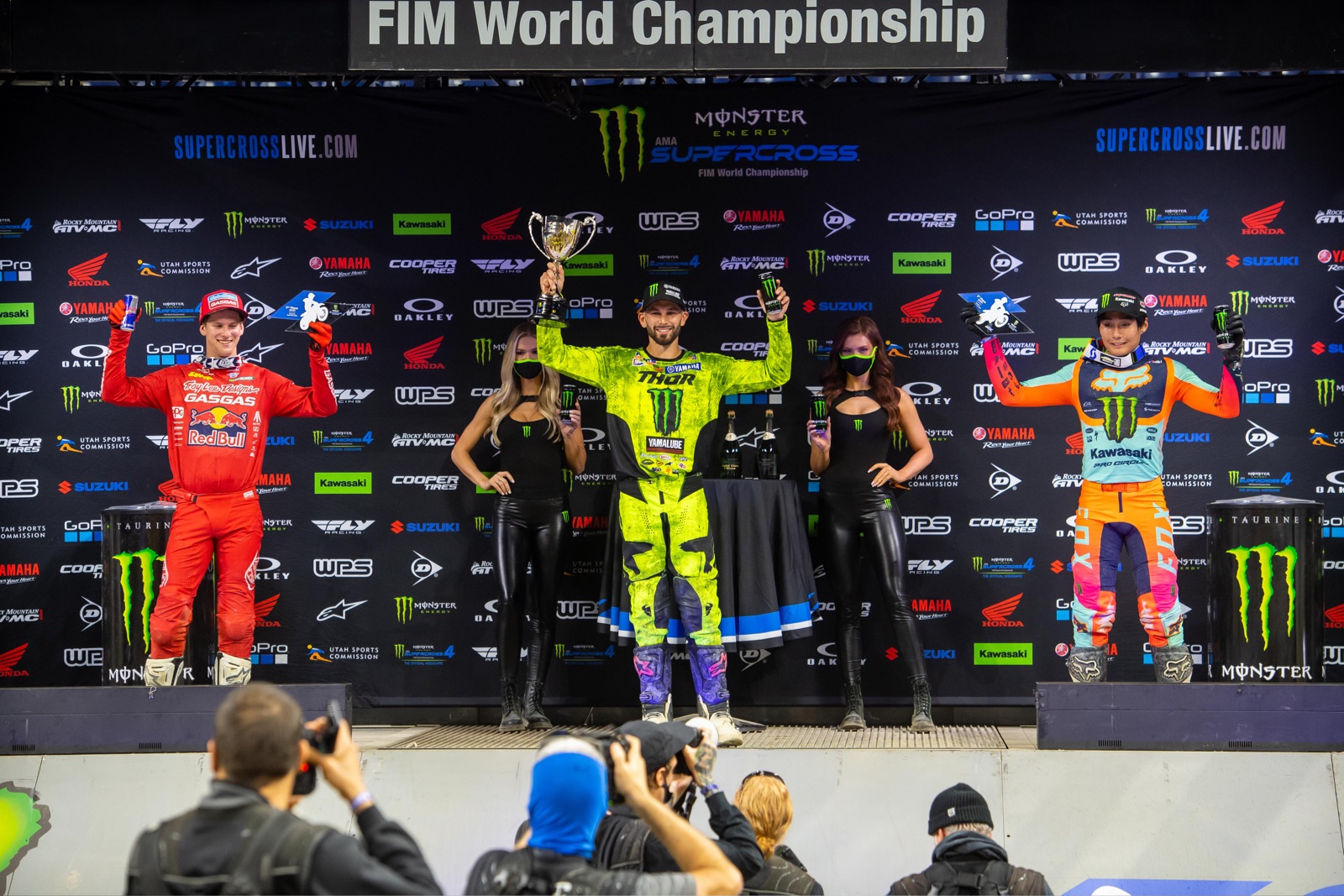