The 12th edition of Hell’s Gate has been the toughest ever been raced. In addition to the very cold weather, the incessant rain and snow, the race was characterized by tight time controls that forced the riders to push hard even in the transfer sections and caused a large number of riders run out of time.

Big news of the event was the world premiere of the new Beta Cross Trainer 300.

The bike, in the hands of the British rider Ben Hemingway, has figured well throughout the race; the morning was ranked eighth in qualifying showing good speed and a perfect set-up that allowed it to remain always close to the top riders.

In the afternoon, Ben has maintained a good pace, remaining in sixth place until the second lap; then because of physical fatigue accumulated in the tough race he passed the last time control in eighth place, but unfortunately out of time.

Ben Hemingway at the end of the race: „It was a really tough race even compared to all the others in which I have participated, I am happy with the bike that really surprised me giving me great feelings and confidence in all the situations we faced; I did not expect it, especially in such harsh conditions, with a new bike that I did not know and that I had actually never tried. It worked perfectly from the beginning to end, I am just sorry not to have brought home a better result because the fatigue has heavily influenced me ”

Excellent performance of Diego Nicoletti with RR 300 racing in fifth place when unfortunately he was forced to retire because of the excessive delay at the last time control. Diego has successfully been the best Italian rider of the race. 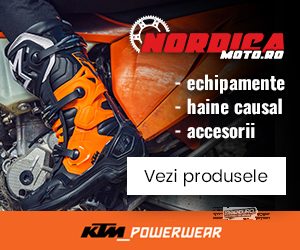